Big Bang : Kejriwal Exposed for Fake Quota Admission in IIT Not on Merit

Yes you read the headline is true, The CM of Delhi Mr. Arvind Kejriwal got exposed on his own degree and way of admission to IIT kharagpur. He was getting lot’s of hype from media and AAPIYO on PM’s B.A. degree, but he got big bang too on his degree and fake admission way. From RTI (Response to Intervention) the matter is become large in media sensation and it’s the trolling part for Kejariwal.

After revealing the RTI result, there is no record found of Arvind Kejriwal on IIT- JEE admit card from IIT KharagPur. RTI’s copy is shown below and the important points are highlighted, this is a double standard which is shown by the Delhi’s CM. 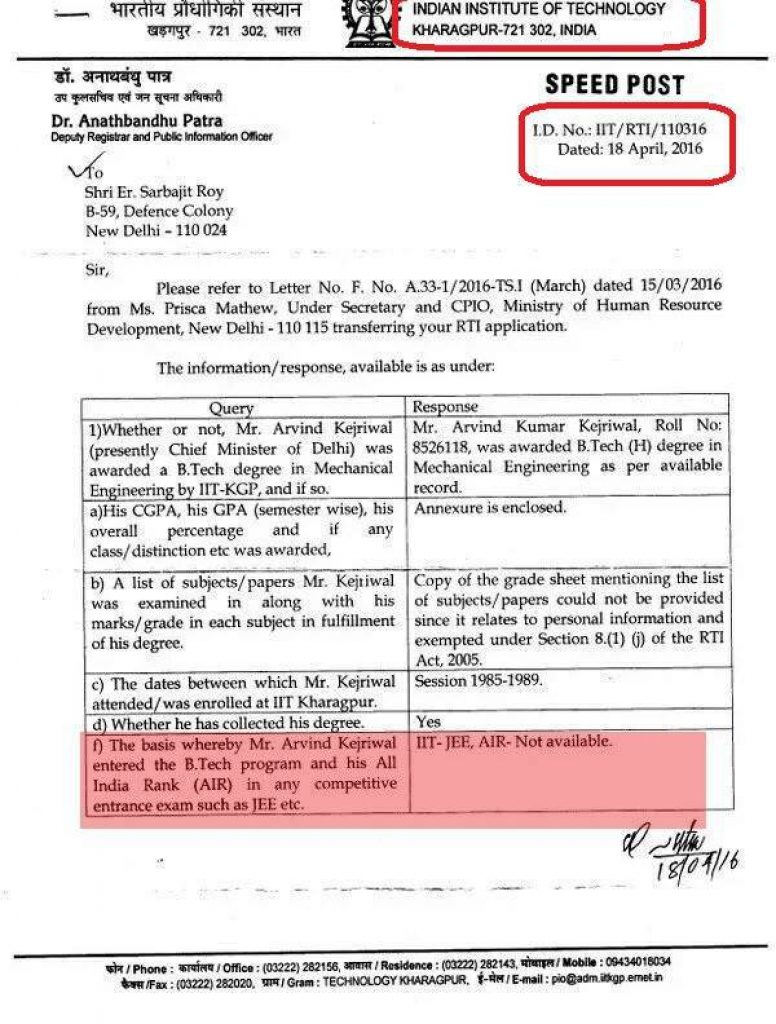 No Record Found of Arvind Kejriwal on IIT Kharagpur

The Shocking news was revealed by the Hindustan Times and its shown below. 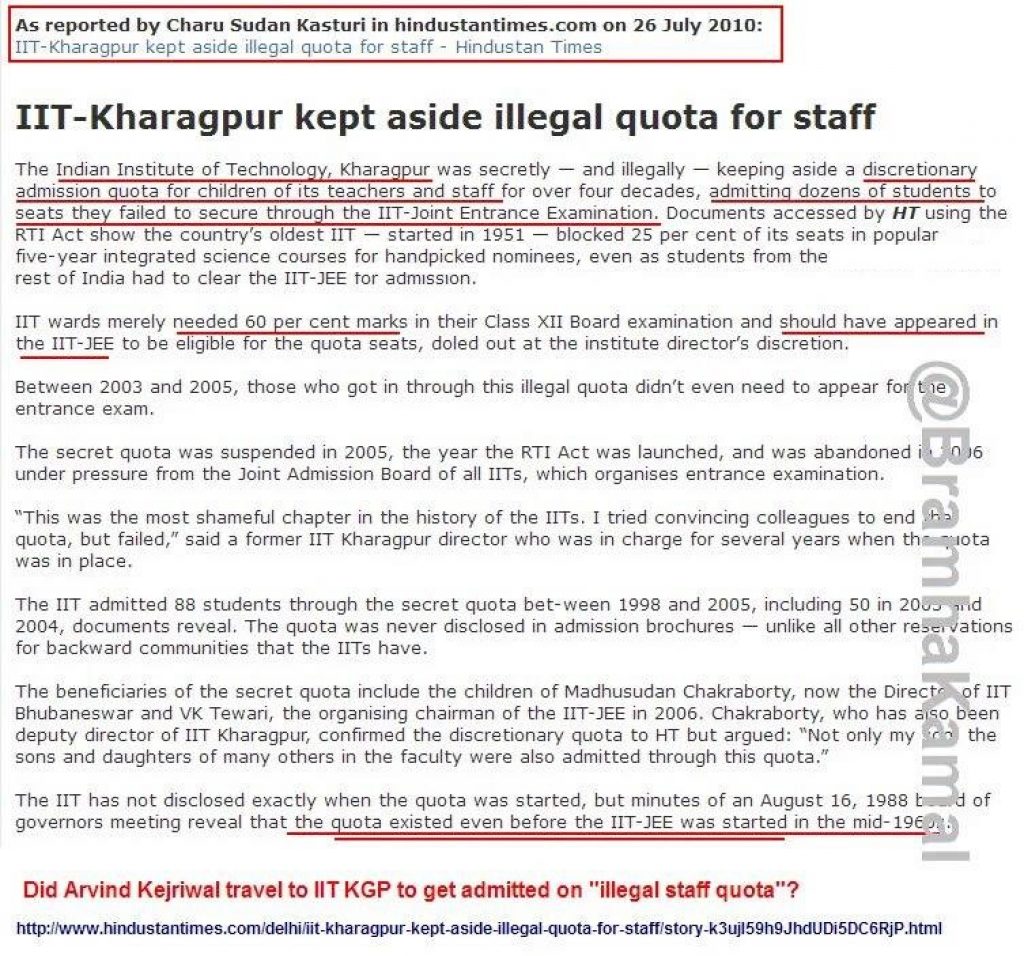 He was frequently asked question to Mr. Narendra Modi about his degree and now everyone has to quoted him about his IIT score card of Kharagpur.

Rumor of Apple iPhone 7 and Iphone 7S Plus