Advantages And Disadvantages Of Bitdefender 2021

What are the advantages and disadvantages of Bitdefender?

Before knowing about the pros and cons of Bitdefender, we need to know what is Bitdefender and what is it used for?

Bitdefender is a Romanian cybersecurity company that developed the Bitdefender antivirus to protect customer’s internet-connected devices. Previously, Some major testing labs have given Bitdefender the top ranking in terms of virus and spyware protection.

Bitdefender is a kind of antivirus software that offers privacy protection, parental control, secure online data. Here we are going to have a detailed discussion on Bitdefender’s benefits.

Bitdefender offers antivirus solutions for almost every kind of internet-connected device and users such as Mobile, PC, Laptop, Tablet, etc. It fights against all types of cyber threats such as worms, viruses, spyware, malware, and hackers. Its multi-layered malware protection keeps users’ data secured from encryption.

Parental control features along with the antivirus offer users to filter non-family-friendly and inappropriate content that can affect children’s minds as well as their behavior. A specific tool for kids to use the internet securely helps them to stay safe in the digital world. The parental control tools allow parents to control the internet activity of their kids. 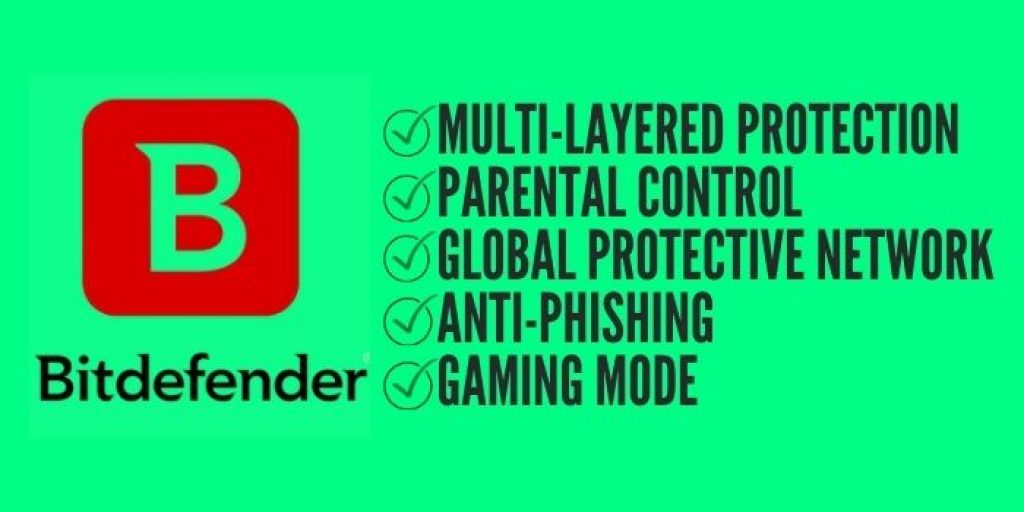 Bitdefender offers Anti-Phishing protection to let the user use online shopping and banking services in a secured environment. Bitdefender blocks fraudsters and untrustworthy websites so users can access only secures and trustworthy websites. Also, a web filtering technology of Bitfender ensures that a user never lands on an unsecured website. That can harm the user’s important and secret data and they can lose their money from fraud websites also.

Bitdefender can detect if the user is playing a game, watching a movie, or working on the device so it blocks the unwanted and not-so-important notification. It offers users an uninterrupted environment while doing these activities.

Bitdefender Photon is a unique and innovative technology that scans the device and calculates the resources of the device and saves the same as much as it can to improve the performance as well as the speed of the system. The global protective network scans the heaviest places of the device on the cloud so the scanning won’t affect the performance of the system. However, it doesn’t any scan the content of files contained in your PC to protect your privacy and never upload the same in the cloud.

Despite so many advantages of Bitdefender, some disadvantages are also there that frustrate the user. If Bitdefender works to improve the same it could become potentially the most effective antivirus. Let’s have a look at some major cons of Bitdefender.

The standard version is Windows only

Some of the packages are a bit costly whereas some of the competitors of Bitdefender offer almost the same features.

How much does Bitdefender cost?

Bitdefender offers multiple packages to users at a very reasonable price. We have outlined the prices of each version of offered packages by Bitdefender.

Advantages and Disadvantages of Bitdefender: Conclusion

In this article, we discussed the pros and cons of Bitdefender that offers the complete solution of device protection from all the potential threats such as viruses, malware, spyware, etc. Bitdefender is potentially one of the best cybersecurity products bt if it improves some of its performance issues such as performance improvement while scanning the system and costly packages.

Also Read, Our Other Informative Article

Antivirus is one of the main software that everyone should install on their devices. It helps users to protect their ...
Read full review

If you are using a PC or laptop, you must be questioning yourself that Do you really need an antivirus for PC/Laptop? ...
Read full review

Avast and AVG have almost similar antivirus packages and they both are a single company. Avast takes over the AVG ...
Read full review

Camtasia vs Snagit 2021 | Which is better Snagit or Camtasia?

Note Down The Top Industries Gonna Hit By The Augmented Reality