“We want BlueStacks 5 !!!” This isn’t a motto but a heart talk of the Gamers community*.

When Bluestacks founded on April 25, 2009, it brought a gaming revolution in the gaming world. Its featured put a dramatical effect on the users which were almost unknown before. Now you can play android games on your computer. You don’t need a mobile phone to play your favorite android game. 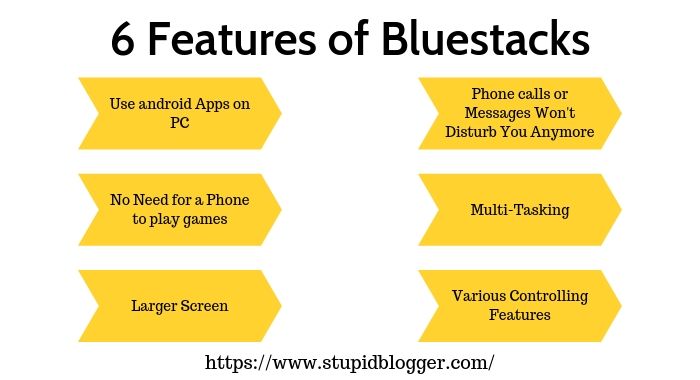 BlueStacks has numerous features that make gamers gaming life better than before.

Why We Need BlueStacks 5?

BlueStacks 4 is the latest version of BlueStacks emulator but still, there are some cons/issues which demand it next version BlueStacks 5. Personally, this list contains some issue which I want to be fixed in the upgraded version.

Using BlueStacks allows you to use android applications on your PC/Laptop. But if your system configuration is low then BlueStacks can slow down your computer. Let’s make it simple for you, If your PC has 4GB ram then you will face lags while playing games. 2GB PC owners can feel a nightmare while using this.

BlueStacks older versions support almost every application but not everyone. They should improve it BlueStacks 5. Also, you have to download the game again on the PC which you have on your mobile. Low size games won’t create a problem for you but high size games will do.

The older you get the more new replacement ready to take your place. This line perfectly suits to BlueStacks. We are not living in 2009 anymore, nor BlueStacks’s competitors. There’s a lot of best alternative platforms of BlueStacks which become quite popular among gamers.

Creating a Cloud Sharing allows users to access their Mobile games on PC too. Which means you don’t have to download the same game again. This will save users time and data.

“Creating something new makes you different from others.”  BlueStacks should launch some new features in the upcoming version BlueStacks 5 which should make the gamer’s life better than before in any app stack.

Gamers Community is one of the biggest community with 1.82 Billion population and still counting every second. Statista’s graph chart clearly shows that in 2021 gamers population will increase up to 2.7 billion or even more. Because of this huge population many top Gaming Software Development Companies launching games and emulators for gamers to attract them.

Till the date, we haven’t heard any official news about BlueStacks 5 but these some cons/issues indirectly point towards an update.

What do you think about these cons/issues? Ain’t they serious matter which required to be solved? Comment Now!!!

What Are the Most Important Facts to be Known About the Concept of Eccentricity?