Let’s take a look at the complete difference between Malwarebytes & Bitdefender Antivirus Solution.

Malwarebytes for home comes in 3 plans

As the name suggests the free version comes at no cost. However, a 14 days free trial is offered with this. In the free version, the user gets antivirus protection only. All the other extra features are available with the premium and premium for the home version. The difference in Malwarebytes premium and premium for home is that of pricing and the number of device compatibility.

The premium version of this comes at a price of $29.99/year and protects only a single device.

The premium for the home version is priced at $44.99/year. It protects 3 devices.

Now talking about Malwarebytes for business. This also has 3 plans to offer.

‘For team’ version has an $89.98/ yearly subscription. Malwarebytes’ endpoint protection is priced at $699.90/year.

You can get this amazing malware solution at a very affordable range with Malwarebytes Coupon Code.

It is based in Romania. This company also provides cybersecurity software to its customers.

It also has 2 categories for products for home and for business.

For home it has

Bitdefender has a number of plans for its products. Here we will be talking about products available for pc.

Bitdefender has a lot of features to offer than Malwarebytes. Even the basic pack of Bitdefender has ransomware protection, file shredder and more. As we move further, the feature lists only increase. Bitdefender’s total security has a VPN, webcam protection, file encryption, a 2way firewall, and parental control. However, there’s a limit of 200mb to the usage of  VPN. Malwarebytes, on the other hand, provide only basic antivirus software with its basic pack. Moreover, the premium version also doesn’t offer the features that are offered by Bitdefender basic pack.

Antiviruses generally have a bad effect on the performance of the system. They usually slow down the device a little bit. As per the test conducted by AV test labs and AV comparatives. Bitdefender got 6/6 in AV test lab results and ADVANCED+ in AV comparative results.

Malwarebytes, as mentioned earlier, didn’t participate in the test. However, we also tested both the antivirus, according to us Malwarebytes slowed the system a little bit. Also Malwarebytes installation took less time as compared to Bitdefender’s. This is because the Malwarebytes program is lighter than the Bitdefender program. 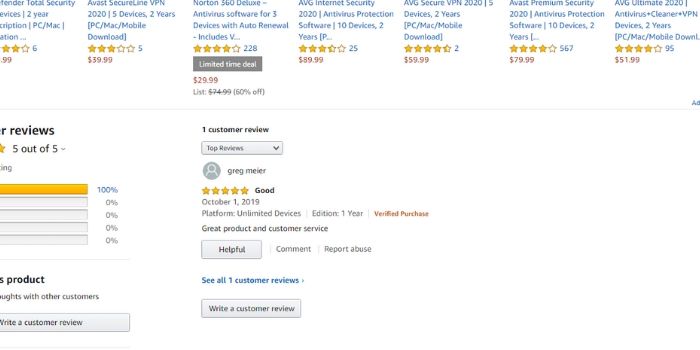 We hope that you understood the article completely. Now, here’s the overall conclusion.

Bitdefender has a lot of features to offer, also in the lab test it excels in every category. The pricing of Bitdefender products also doesn’t make a hole in the customer’s pocket. As far as Malwarebytes is concerned, it doesn’t offer features as offered by Bitdefender. Though it is easy to install and has a simple and easy to use interface it lacks a variety of important features. Now, here’s the answer to the question is Bitdefender better than Malwarebytes?

Understanding Email Marketing And Its Benefits For Your Business

MilesWeb Review: Is MilesWeb Good for Your Ecommerce Website?